My Greatest Films Ever

As you might have noticed, this blog is no longer active.

But the occasion of the 2012 Sight & Sound "Greatest Films of all time" poll was to good to be passed up. The poll, which is only conducted every 10 years, is considered to be the most important of its kind because every important film critic on the planet is contributing to its result. The latest poll, which was published in September, brought one major shift: "Citizen Kane", which won the last five polls, has been replaced at the top by "Vertigo" and has been degraded to Number Two. This, of course, has led to numerous discussions among critics and film buffs alike whether Hitchock's masterpiece really is better than Welles's miracle. And of course the raison d'etre of polls itself has been questioned once again.

Truth is, every serious film lover on the planet laughs at the impossible task of reducing film history to a mere 10 films when there are so many great ones to choose from by now and - even more important - the greatest pleasure is to be had not with the canonical classics but with the personal favourites, the films you grew up with, the imperfect film maudits or the newly discovered obscurities. Nevertheless, lists are huge fun and the extended results - which can be found here - do provide a valuable checklist for important films one has (or has not) already seen. And since not it not only fun to read about the lists of others but also to come up with an own one, what follows is my list of the greatest films ever made, a mixture of films I absolutely love and films I deem essential:

Consider this the final entry on this blog but not the last word... 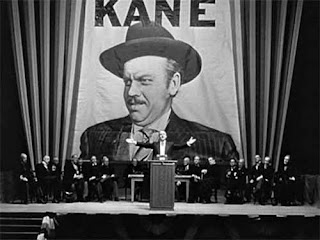